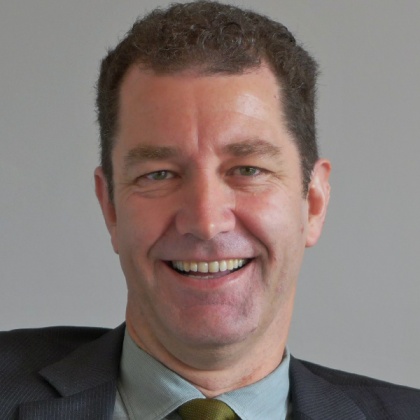 Professor Fedtke joined the University of Passau as Chair of Common Law in 2014 and currently serves as Vice Dean of the Faculty of Law. He previously held academic positions in Germany, the United Kingdom and the United States.

Professor Fedtke studied law and political science at the University of Hamburg. In Hamburg, Professor Fedtke took the German bar exam in 2000 and earned a Ph.D. summa cum laude at the Institute for International Affairs. He subsequently took a position as a full-time researcher at the Institute for Foreign and International Private Law and Law of Procedure (Professor Dr. Ulrich Magnus). The focus of Professor Fedtke’s work in Hamburg was on comparative tort law and legal harmonization in Europe. He collaborated closely with the European Group on Tort Law and was appointed a Fellow of the European Centre of Tort and Insurance Law (ECTIL) in Vienna.

Professor Fedtke joined University College London (UCL) two years later. He was Director of the Institute of Global Law from 2002 to 2008. In that time, Professor Fedtke was also a Visiting Professor at The University of Texas at Austin (UT), where he regularly taught upper class courses on the European Union and comparative constitutional law.

Professor Fedtke joined Tulane Law School in New Orleans (Louisiana/USA) as tenured A.N. Yiannopoulos Professor in International and Comparative Law in January 2009. He was appointed Co-Director of Tulane’s Eason-Weinmann Center for Comparative and International Law as well as Co-Director of the School’s Berlin Summer Program in Intercultural Negotiation, Mediation and Arbitration. Professor Fedtke continues to serve at Tulane in a part-time capacity.

Professor Fedtke’s main research interests are constitutional law, elections, comparative methodology, and tort law. He has provided advice on federalism, judicial review and human rights protection to members of the Iraqi National Assembly, and has on a number of occasions served as a foreign expert for UN- and EU-funded projects on various aspects of constitutionalism in the Arab region. He was key advisor to the initiative ‘Kirkuk and Beyond – Strengthening Multi-Level Governance and Service Provision in a Challenging Environment’ funded by the German Foreign Office in Iraq (2010–2013) and assisted the International Institute for Democracy and Electoral Assistance (IDEA) on missions to support the constitution drafting processes in Tunisia, Egypt and Libya (working mainly on human rights protection and regionalism/federalism). Professor Fedtke also acted as a key consultant for The Carter Center’s field office in Egypt during the constitutional revision process in early 2014 and provided a report on constitutional developments in the Arab region to the European Parliament’s Committee for Foreign Affairs later that year.

Beside his work as an expert on constitutional developments in the Middle East, Professor Fedtke has been involved in collaborative research for the European Commission (on the liability for economic loss caused by GMOs) and the French Cour de cassation (on the reform of the Code civil), and has given expert evidence to the House of Lords Select Committee on the Constitution in the United Kingdom (data protection and related questions of privacy). Professor Fedtke regularly advises corporate and private clients on cross-border tort claims involving the United States and Europe, and reports on German case law and legislative reforms at ECTIL’s Annual Conference on Developments in European Tort Law in Vienna. He serves as a member of the Crisis Response Unit of the United Nations Development Programme (UNDP).

Jointly with Sir Basil Markesinis, Professor Fedtke received Tulane’s John Minor Wisdom Award for Academic Excellence in Legal Scholarship in 2005. He is General Editor (with Sir Basil Markesinis) of The University of Texas Studies in Foreign and Transnational Law (Routledge-Cavendish) and Member of the Board of Studies in Law and Social Sciences (Roma Tre University Press). Professor Fedtke served on the Equivalency Determination Panel of the Supreme Court of Louisiana from 2010 to 2017. He is a member of the Gesellschaft für Rechtsvergleichung, the Deutscher Hochschulverband, the UK Constitutional Law Association, and an associate member of the American Bar Association.